10 Ways To Run Effective Meetings and Avoid Death By Meeting

Facebook Twitter Linkedin
Do you suffer from dread by meeting? 10 ways to run effective meetings to create opportunities for engagement, productivity, and team building. 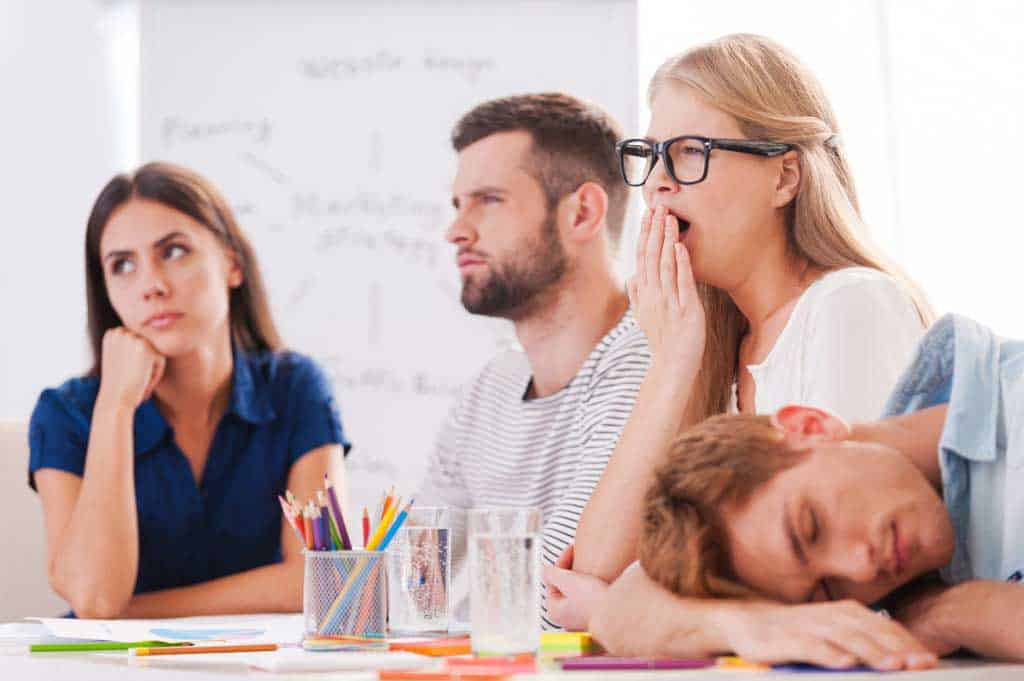 In our work as coaches to closely-held businesses, we’re always surprised at how few leaders use productive, regularly held staff meetings in their companies. We believe that they are missing a big opportunity to not only avoid the dreaded “death by meeting,” but help them achieve bigger goals, resolve and even prevent unhealthy conflict, and promote good teamwork.

Here are some of the more common reasons (excuses) we hear when we ask our clients why they don’t hold regular staff meetings:

• We’re too busy putting out fires!

• Nothing ever gets accomplished!

• Nobody wants to come!

• The last time we had one someone stormed out!

• They’re too much work!

In short, we hear more about bad meeting experiences than good ones. While everyone has sat through their share of bad meetings (and, if we’re honest, we might even admit that we’ve led a few ones ourselves), we don’t often hear about what makes a good meeting.Here are some of the elements that make for constructive meetings that people actually enjoy attending, versus dreading. They can prevent some of those “fires” mentioned earlier from forming. Most importantly, they help you build a stronger, more productive and professionally run company.

1. Sense of Purpose. Is there an agenda and has it been distributed beforehand? Suggestion: when you create your agenda, put in three columns for each item: time frame, name of the agenda item, and most importantly, what is the expected outcome. If you can’t think of an expected outcome for something you want to include on your agenda, maybe you need to re-think whether it belongs on the agenda. When you put together an agenda, you can always have recurring items in place (such as financial and performance goals) for updates, then add new items and solicit items from your staff members beforehand. Be sure to leave time for discussions and issues that come up during the meeting.

2. Two-Way Flow. Is it a meeting, or do you just want to pass along information? If the discussion is only going to flow one way, that’s not a meeting! Do it another way (email, phone, or?) Or, my personal favorite, are you calling a meeting of the whole team to discipline a few people without naming anyone specifically? Don’t’ do it! The guilty party(ies) will assume you’re talking about someone else and the non-guilty will be annoyed that their time is being wasted. Share your feedback directly with the individuals you need to give it to on a one-on-one meeting and don’t waste the others’ time.In summary, use team meetings for debating and decision making on important issues vs simply transferring information or disciplining individuals.

3. Good Drama. Not the door slamming, storming out of the room, shouting kind of drama, but the drama that results in people passionately debating their positions on a particular issue. Bad meetings lack this type of productive conflict. Patrick Lencioni, in his book, The Five Dysfunctions of a Team, names fear of any kind of conflict as one of the major dysfunctions of a team. It’s because without healthy conflict, people are afraid to share their opinions. When they can’t share their opinions, they can’t commit to an outcome and they avoid controversial topics. This, in turn, leads to environments where back-channel politics and personal attacks thrive. Ironically, lack of healthy conflict leads to the unhealthy kind. Good meetings have lively discussions and create a safe environment in which people are able to share their strong views.

5. Balance. We’ve all been in meetings that drag on forever, with lots of discussions that are so far off the original topic that no one even remembers what it was. At the same time, we all know that some of the best ideas arise from impromptu discussions. The trick is to strike a good balance. One suggestion: assign one person (ideally more of your Type A personality) to serve as the “knocker.” The knocker is charged with actually rapping on the table when they sense the discussion is starting to go “off topic.” While your knocker doesn’t get to unilaterally stop the discussion, they do get to bring it to the group’s attention for a vote: should we carry on with topic, save it for later or drop it altogether?

6. Good Timing. Is your agenda neither too full and nor too light? It’s tempting to try to pile a million tasks and topics into a short time period. Or, as one of my colleague says, “avoid trying to put 10 lbs of #### in a one pound bag syndrome”. You run the risk of burning people out and losing valuable energy.

7. Participation. Everyone participates and talks, not just the leader. Don’t be afraid to directly solicit opinions from participants. As in “John, what do you think?” As the leader, do you dominate? Are you always first to give your opinion? It’s a sure fire way to dampen discussion. Hold back. Make them beg you for you opinion. Go for the question: “What do you think boss?” and answer only after others have weighed in.Also, give people some time to respond. As we tell clients: “Let silence do the heavy lifting.” You are not hosting a radio show. You don’t need to fill every minute with your pearls of wisdom. It’s OK to have dead air. Sometimes people need time to form their thoughts before they commit to speak.

8. Accountability. Many people hate meetings because nothing gets resolved or acted upon. Are your action items tracked and brought forward to the next meeting? Are action items clearly articulated? Do you create SMART goals? (Specific, Measurable, Accountable, with a Timeline?) Assign someone to record not meeting minutes but these SMART action items. Then start your next meeting with a review of this list of action items for a status report. You’ll be surprised at how productive people can be when they know they’ll be held accountable in front of their peers. If they haven’t made progress, use this time to figure out why and help them remove obstacles.

9. Regularity. For example, weekly staff meetings should be just that. Get it scheduled for a regular time and day of the week. If you are not going to be in the office that day, assign a backup leader. Or, have meeting leaders rotate (either way it’s good for staff development.) If it ends up only taking 5 minutes to go through your regular agenda items (including an update of action items in progress), great! Dismiss everyone and send them on their way. Your team will love you for it.

10. Continuous Improvement. Do a “Plus/Delta” at the end of the meeting. Ask participants what worked (Pluses), and what could have been done better (Deltas).

PrevPreviousLocal Heroes: The Seven Habits ( Innovative Leadership Practices) of Top NW Leaders
NextHow to Find the Best Bank (and Banker) for Your Business [Part I of 3].Next