Facebook Twitter Linkedin
Innovative leadership practices Top NW leaders implement to create sustainable organizations and how they lead their teams to do their very best work. 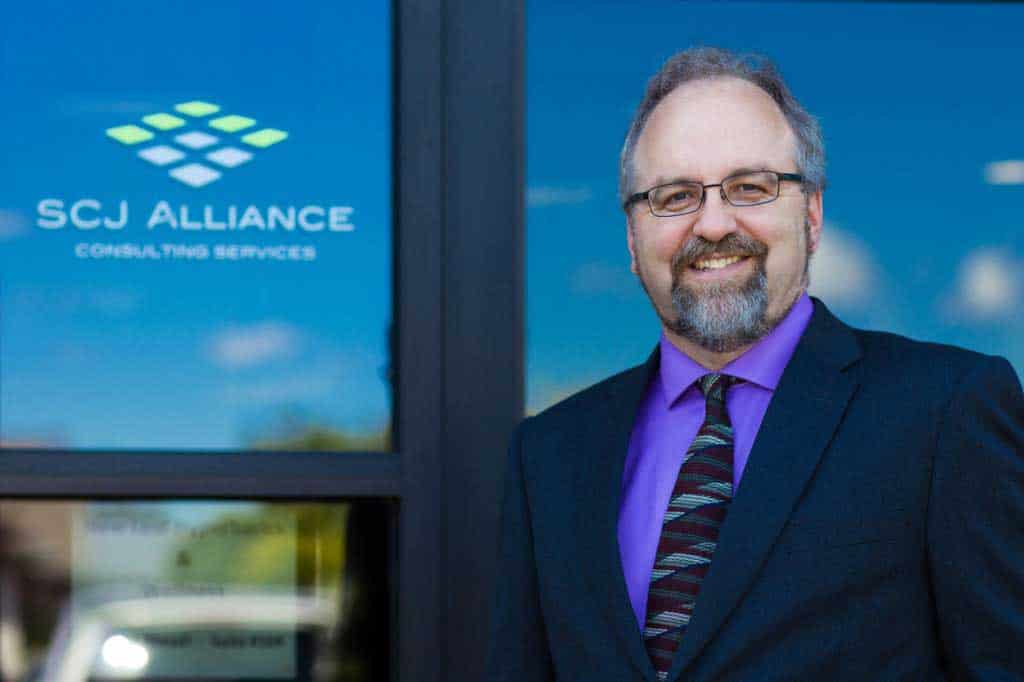 It’s been over a year since I started my Local Heroes project: conversations with people leading engaged, interesting organizations in greater Puget Sound, Washington. My interview subjects came to me from a variety of sources. Some, like Joe LeRoy at HopeSparks in Tacoma, were winners of the Business Examiner’s Top Places to Work annual event. Others, such as Jill Jean, Director, Kitsap Regional Library, in Bremerton were referred to me with by someone in my network. The referrals always sounded something like this, “You really need to talk to _______, she’s doing some amazing things over at _______.”

The leaders I sought out were not at Microsoft or Amazon, but rather smaller, closely-held companies and non-profit organizations. As a business coach, I believe that some of the most innovative leadership practices are happening on the front lines of these types of organizations.

The goal was to identify what these leaders do to create and sustain cultures that allow their organizations to thrive and the individuals working in them to do their very best work, and to share these best practices with my readers.

Here are the Seven Habits of Top Northwest Leaders:

Habit #1 They Own Their Company’s Culture

Each of these leaders took their role as their company’s chief cultural officer very seriously. Richard Brown, President of The Boxmaker in Kent, realized this responsibility along with his new leadership role as company president. “In 2007, I became the day-to-day leader of the company. So here I was in 2011 bemoaning the culture. And there was a reckoning that I own the culture, I am the culture. I could complain all I want, but the reality is, it’s mine. I’m responsible for the things that are going well with the culture and the things that aren’t, and I really need to take a much more active role and ownership of co-worker culture.”

Coaching Questions: How would you describe your company’s culture? What are you doing to strengthen and support it?

Habit #2 They Champion Their Company’s Values

Perry Shea, President of SCJ Alliance in Lacey said, “Jean, Bob (Perry’s partners) and I, within the first six months of starting the company, went through an exercise to determine our core values and those are the guiding principles of our firm. We give a copy to all our employees when they start. Then we talk about how you use them. It’s one thing to say what they are but the question is, how do you apply them in your daily work?”

Coaching Questions: What are your company’s values? How do you share them with team members and keep them relevant?

Habit #3 They Are Their Company’s CTO, Chief Talent Officer

Every one of those interviewed take the finding, hiring and development of people very seriously. They’re always on the lookout for new talent. SCJ’s Perry Shea says, “We’re always out recruiting, sensing, and at the right time we have a conversation that goes, “We think you can do some wonderful things here that could look like this. It usually takes a couple of something I call “touches” and then, you know, suddenly you get a new colleague.”

They’re also deliberate about who they hire and their interview process. It’s usually a team effort. “It’s become a kind of mantra with us that if we aren’t doing backflips over candidates, we do not hire them. We have a team approach that can be anywhere from two people to a cast of thousands. I think the most we’ve ever had in the room were six but that’s because we had six interested individuals. I’m involved in a lot of the hiring. If I’m not directly involved, I want managers or director level people to justify their hires to me. I absolutely believe in hiring the best human resource person to make sure that we are following all procedures,” says Jill Jean.

According to Randy Foster, partner at Artisans Group in Olympia, Washington, “We’re patient in the hiring process. For example, we might find a person who could get us out of a jam that we’re in for the next 30 days but on day 31 we’re going to be wishing we’d hired somebody else.

“We never hire anybody after one interview, ever. It’s a rule in our organization. A lot of the program directors didn’t initially buy into that rule and I was one of them. But I’ve come to really find the value of that; it’s so different from one interview to the next. And then for high level positions, after a second interview, a third interview usually involves a lunch or a coffee,” said Joe LeRoy.

“When a new employee comes in, part of the orientation is a half-hour to 45 minutes set aside that I have with each employee, and were often joined by other members of our senior leadership team. The reason is to have this conversation where we’re giving permission, regardless of the title or position we have in the company, that we’re all here to work together, we’re all here to help, and we’re all approachable, our doors are open. We invite and solicit input and we want that from everybody in the company,” said Perry Shea.

Joe LeRoy said, “The CEO orientation, when someone comes on board, is important. I tell them about me: who I am, where I came from, my background, my life and my family. Then we go around the table and everybody just shares. I’m always blown away by what people share. You learn so much. From that point forward, you have a personal connection with the new team members. I know their names, I know the names of their kids, I can ask about them and it’s real. You have to be approachable.”

Coaching Question: What are you personally doing to ensure you are finding and hiring the best people possible?

Habit #4 They Are a Strong CCO, or Chief Communication Officer

They treat their internal communication with Team Members as thoughtfully as they do their external communications with customers and clients. Sometimes, communication takes place in a group format. According to Perry Shea, “Once a month, we do a really fun thing where we take an hour in which everybody comes together in a company-wide staff meeting via an interactive video conference. There are a few things around the business but what we are doing is sharing what people are doing, both in the community as well as at work. It’s general information that everybody should share, listen to and hear about the company. Everybody can see each other and it’s a fun atmosphere. I tell you, they’re about 95% attended; that might be low. Nobody misses a staff meeting.”

Sometimes it’s more informal in nature. “We’re kings at the ad hoc meeting. If there’s a problem, we try to get the people that need to talk about it together within the next 24 hours. Now that we are over 10 employees, I’m rarely saying, “Oh yeah, thanks for letting me know about that, I will fix that,” said Randy Foster. “It’s more like, ‘The person you need to talk to is XYZ. Do you want me at the meeting or not?’”

Others use technology to communicate. Richard Brown started a weekly video series called, “Inside the Box,” to share stories about new innovations within The Boxmakers. He said, “We can track who’s watching it, but most importantly, people are writing in, suggesting stories and wanting to know more. Co-workers routinely come up and tell me how much they like Inside the Box. They like knowing what’s going on and they like the fact that we’re very transparent about what the results are.”

These leaders are disciplined about conducting one-on-ones with their direct reports and expecting other managers in their companies to do so as well. Jill Jean set a goal to personally meet with everyone in her organization in 2015. She said, “Without a doubt, it was the best thing I’ve ever done. I allowed people to choose where we met, and pick the time of the day that we met to control the conversation that they wanted. I found out so much about them as individuals and it made me feel so blessed to have the staff that we do.”

Coaching Question: How would your employees rate the effectiveness of your company’s internal communications?

Habit #5 They Embrace Their Company’s WHY, or Purpose

“The founders of NPN were driven to find better ways to do what’s best for patients. They believed that there was not enough value in the medical care they provided for the patient. They thought that they could do a better job as a coordinated network of providers. That philosophy runs deep. It’s part of the DNA of this place. The company culture that has grown from this “why” is very real,” Rick MacCornack.

They know how important it is to millennials to work for an organization that has a clear “WHY”. According to Richard Brown, “One thing I see is that with this group of co-workers is that meaning is incredibly important to them. They want to know that what they do and how they spend their time working has meaning. It’s not that other age groups don’t want that, but this group seems to have a significant focus on it, and they would take or leave the job based on its meaning – more freely than what I’ve seen in the other groups.”

Coaching Questions: What’s your organization’s “WHY”? How do you share it with your team and stakeholders?

“I was reticent about being direct because I was afraid of breaking things,” said Richard.

Jill said, “I’m not always perfect because like anybody, I don’t love the drama. My teachers have been writing on my report cards since I was in second grade that I just want to see everybody get aligned. Sometimes I like to avoid the drama and so I may delay a particular talk but I find when I do, I pay a little bit for my transgression.”

Tessa Smith at the Artisans Group shared how healthy conflict creates a better product for the client: “You need people on the team who are raising their hand and saying, “No, let’s do it this way because I passionately believe in what we’re doing. I think Randy does a really good job from his side of things, creating a culture where we have the right to do that,” said Tessa.

Healthy conflict is a common theme among all their stakeholder communities. “You should listen to some of our board meetings! They are like a democratic caucus – very strong feelings, but underneath all of it is deep respect and appreciation for the diversity and for the common mission of what we’re all trying to do together as a virtual community of people caring for people,” said Richard.

Habit #7 They Are the Keeper of the Vision

My final question to each interviewee was always, “What does your organization look like in three to five years?”

Every leader I spoke with shared an articulate, compelling vision that made me excited about what the future held for them, their people and their organization.

Coaching Question: What does your company look like in three to five years? How do your share your long-term vision with your key stakeholders?

PrevPreviousKnow Your Why: NW Local Hero Richard MacCornack
Next10 Ways To Run Effective Meetings and Avoid Death By MeetingNext