What Makes An Organization a Top Place to Work, Part I

Facebook Twitter Linkedin
Lauren interviewed Joseph Leroy CEO of HopeSparks about the key leadership decisions he made to create an organization voted a Top Place to Work. (1of 2) 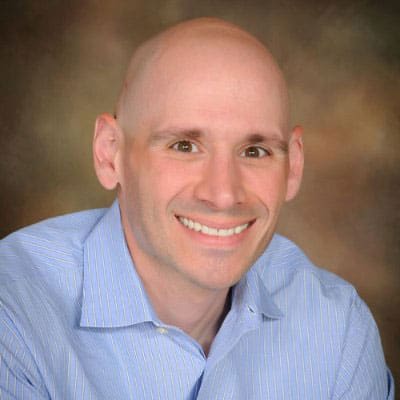 I was recently invited to serve on the judging panel for the Tacoma Business Examiner’s Top Places to Work event. To be nominated as a contender for a Top Places to Work award, each organization is required to complete a lengthy application and administer an employee satisfaction survey, in which at least one third of their workforce must participate. All the nominees are celebrated at an annual awards ceremony during which the final winners are profiled and announced. It’s a fun event, with tables full of team members joyously celebrating their success.

As a judge, I was privy to the scores and the comments on the nominees’ employee surveys. But as I witnessed each of the nominated companies’ stories the night of the ceremony, I thought it would be interesting to hear from their leaders to find out what, from their point of view, makes their organization such a great place to work. What follows is Part I of an interview I conducted with Joseph LeRoy, CEO and President of HopeSparks, the winner of the 2015 Top Places to Work, Small Organization category. HopeSparks is Tacoma non-profit that serves families and at-risk children.

On Joining HopeSparks and Becoming the Boss

Lauren: How and when did you start working at HopeSparks?

Joe: In 2006, started as an intern, came back as a part time clinician in 2007 until 2009, When our then clinical director announced he was leaving, David Duea, our CEO at the time, asked me, ‘How would you feel about applying for this job?’ and I told him he was crazy. ‘No way!’ I just didn’t think I was ready for something like that. But as I thought about it more and more, I thought about what an incredible opportunity this was.

I thought if I set this up right, it could really work because the people already knew me and there was tremendous buy-in. At the time there were nine clinicians, so it wasn’t a huge group. Just to give you a comparison, today there are 27. So I said, ‘Let’s do this.’

I came on full-time in 2009 and we built a supervision structure where I could really focus on program growth and then the clinical supervisors could really focus on the clinical competencies. We made some key strategic decisions at that time on where we wanted to go, what we wanted to do, and it just took off. Just to give you numbers, we had an average of about—and I’m just talking about the mental health program–about 400 counseling sessions a month in 2009. There are almost 1,500 a month today. We’ve tripled in the size. The quality and competency of our clinical team has only gone up. David was great to me the whole time. He mentored and coached me. He and our CFO, Heidi Lahti gave me a lot of opportunities and let me just grow. They didn’t micromanage me, they let me make a lot of mistakes, they guided me, and we built something really special that other people wanted to be a part of. In 2013, I really started moving into more of an Operations Director role overseeing several programs, teams, contracts, networking and doing more administrative work.

So when David came to me again in 2014 and said, ‘I’m leaving,” my first thought was, ‘No! You’re not!’ because in my head I had about another four to five years to keep learning from him. After much internal debate, this was an opportunity I could NOT pass up going after. I felt obligated to myself, the agency and the people of whom many I had help hire, to steer the ship in the direction we had worked so hard to forge for ourselves. It didn’t feel right to sit back and potentially watch someone else take the wheel to the ship we had built.

Lauren: Had you ever been a boss before?

Joe: I was a supervisor in my previous job. I was thinking about this the other day. I really love this job. It’s hard and sometimes just draining and challenging and everything that comes with it, but I love it. I was thinking as far back as I can remember that I’ve always sought out leadership opportunities. Maybe this is just the natural course that my life is supposed to take.

In the meantime,my role had evolved into an operations director. A couple years back, David said to me, ‘I loved what you did with our mental health program, can you do that with the other programs?’ At the time, I remember our birth-to-three program was really under-performing and not doing well and was losing a lot of money; we were frankly thinking about cutting it. I told him, ‘Let me see what we can do.’ We totally overhauled it, and now it’s our most thriving program in the agency. We took the same approach to the mental health side which was to strip it down to its core, find the people who are our best people and build around those people. And we focused on quality, we focused on competency, and we focused on just getting the right people in. And we were really picky.

We stopped rushing hiring just because we needed somebody. We didn’t care if that position stayed open. We waited and we put a hiring process in place. We focused more on on-boarding, the beginning rather than the end, and just really changed our philosophy around all of that.

We also read the book Good to Great. That book changed my life in terms of our approach. It gave us the concept of the hedgehog principal from the book: it really focused us on what we do well. We stopped trying to do everything. We picked a few things that we can do better than everybody else and we just invested in those things and we became known as the experts in those areas.

Lauren: So you had to give up some things up. Was that painful?

Joe: Yes, I think the hard part was that there were people who needed to move on. They weren’t going to be part of something new. They were maybe at the end of their career and they were not going to change or contribute to a positive work environment. It was hard but I’ve learned over time that if you can make a decision like that and stick with it, people can feel it and things change for the better. People are usually thanking you a few months later that you were willing to make a hard change like that.

Lauren: What do you do to attract the right people?

Joe: It really depends on the position. We hire a lot of interns for many of our programs. So we’ve had these interns under our belt for a year and they’ve either bought in at the end of the internship or they’ve not, and we know we want to retain them. Also, we’re doing a better job reaching to our minority mental health communities and our minority mental health consultants so that we can keep our candidates diverse. We want our team to be representative of the populations we serve. For the first time, we now have five Spanish-speaking therapists.

For some positions, we just go out to the community and reach out; we just post like any company would normally post. We never hire anybody after one interview, ever. It’s a rule in our organization. A lot of the program directors didn’t initially buy into that rule and I was one of them. But I’ve come to really find the value of that; it’s so different from one interview to then next. And then for high level positions, after a second interview, a third interview usually involves a lunch or a coffee. For any program position, we talk about our culture in the interviews and what we expect.

We spend time on that upfront. We can get a feel if somebody’s going to be a good fit or not. After they’re hired, we do a CEO orientation where I sit with all the new staff and we talk about our culture, we talk about the principles of teamwork and we talk about the enemies of team unity. I really approach that time as more of a get-to-know-you. I try to make myself human because a lot of these folks —this is another shift for me—I often don’t see them a lot after they are hired.

The CEO orientation when someone comes on board is really important. I tell them about me: who I am, where I came from, my background, my life and my family. Then we go around the table and everybody just shares. I’m always blown away by what people share. You learn so much. From that point forward, you have a really personal connection with the new team members. I know their names, I know the names of their kids, I can ask about them and it’s real.You have to be approachable.

On Being the Boss

Lauren: How is your time spent now?

Joe: I think initially as I was transitioning from operations to the CEO role, I was too involved in the operations side. I knew that the transition was going to take time because you’re in the role for years and you just don’t step out of it. I’m now doing more work with the board and with funders. I’m out in the community more, and I’m doing a lot more advocacy in the community. All things I should be doing.

Lauren: Do you miss the focus on working with patients?

Joe: Yes and no. There are times where I’m in the community all week and I’m not in the building much, and that feels weird. But I know I’m doing what I’m supposed to be doing.

I think I’m overly hard on myself and I think sometimes my expectations are too high. But I’m a tinkerer. That’s something I’ve been learning to do is actually relax a little bit more, and know when to step in or not step in, or know when to just let things play out.

I think what makes it easier is once the right people are in place, the outcomes are amazing. When there’s success and good outcomes, people are energized. We’re not the typical mental health clinic or hospital where the lights are low, the crisis is high, and people are running around. We don’t have that here. You get a good feeling when you come in.

Coming in Part II: Helping the team deal with stress.