Interview Questions for You: To Assemble Your A-Team and Uncover Your Next Great Leader 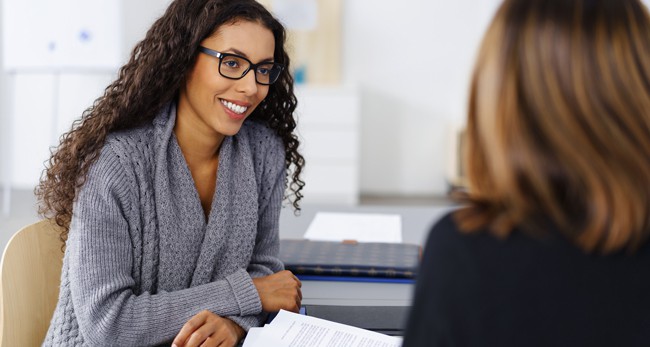 Your organization’s future depends on your ability to find and nurture great leaders. Sometimes these leaders are found within the organization, then mentored and trained to develop their leadership talents, while others are brought in.

For the last 10 years, The New York Times Sunday business section offered a series called Corner Office, which featured Adam Bryant interviewing chief executive officers about leadership issues. Although the series ended this week, you can access all the past interviews here.

Bryant often asked each CEO to share his or her favorite interview questions and approaches when looking for potential team members. Here are some of their answers:

• What’s been the biggest curveball you didn’t expect? How did you deal with it?

• What does retirement look like for you? When you’re bouncing grandkids on your knee, what do you want to tell them you did?

• I start off most interviews with, “What can I do for you?” It tells me a lot, including how knowledgeable they are about the company, how much they’ve thought about the interview and what they care about. I leave it very open-ended and listen to where they go. I can tell an enormous amount from that.

• Then I say to them, “If we take the next step, I’m going to do a bunch of reference checks. I’ll find 10 people who know you, including names you won’t give me. How will they describe you?” I find that makes people much more honest, because it’s no longer about what they think of themselves or how they want to project themselves.

• The big thing I focus on, beyond their ability to think and to be the best at what they do in advertising, is stamina. So I’ll ask them to give me an example of something that happened in the past couple of years that really tested their stamina as a leader and how they resolved it. Stamina is something that’s very hard to teach, and I think it makes a difference between great managers and great leaders.

• I will ask them, “How do you think about leadership? What’s the hardest thing about it? What do you struggle with? I still struggle with things, so what’s your struggle?” I want reflective people, not just success stories.

• Our top hiring criterial in addition to having the skills to do the job is, are you a great writer? You have to be a great writer to work here, in every single position, because the majority of our communication is written, primarily because a lot us work remotely but also because writing is quieter.

• We focus initially on the cover letter, and if you don’t write a cover letter, and you just email us a resume, you’re out. We tell people to write us something explaining who you are, what you do, why you want this job. That’s our initial filter – are you a clear thinker and a clear writer?

• We’ll take the finalist, pay them to do a project for us. I want them to write up their thought process, and then we talk about it. And I’ll push back on ideas with them if I agree with them because I want to see how they handle disagreement.

• I tend to focus on questions around self-awareness. What kind of environment do you thrive in, and which do you find stifling? Then I’ll ask them to tell me about the best manager they worked for and why. In answering that question, they’ll tell you what they aspire to, so you get a good sense of what they value.

• I often ask people questions like: “Was there ever a time when a manager asked you to do something that you weren’t comfortable with? How did you respond, and why?” Or, “Was there ever a situation where you put yourself on the line because you wanted to protect the company from something you thought was a bad deal?”

• I also look for self-awareness. Most of the people I’ve had to fire did not have self-awareness, so that when you have to give them feedback, they don’t react well to it, which means they’re never going to grow.

• So I’ll ask, “Can you give me an example of a time when a boss or peer gave you feedback that made you change your approach to a situation?” I’ll also ask, “If there’s one thing that’s held you back in your career, what is it and why? What are you doing to mitigate it?”

• Culture isn’t about values, it’s about behaviors. And I think people often confuse the two things. I have values, and I am looking for certain values in the people I hire.

• The best cultural lists are the behaviors you want to cultivate. The problem with values like respect and courage is that everybody interprets them differently. They’re too ambiguous and open to interpretation. Instead of uniting us, they can create fiction.

• Why do you want to work here and what do you love?

• I ask people about the three or four people they interviewed with at HCL before they got to me. I say: “Today, you are their boss. Which one will you hire and why?” That question gets me the right person all the time, because I know the people who have interviewed you, and it gives me an idea of how quickly you can find out their strengths and weaknesses.

• I ask people just to tell me about their lives – how they grew up, and how they got to where they are. What I really am looking for is self-discernment. How seriously they take what they do versus taking themselves too seriously.

• “Tell me about a situation, either with one of your former bosses or perhaps with a client, where it was really difficult, and the outcome was not good.” What I listen for is how much ownership and responsibility they showed in trying to steer through choppy waters. If they show leadership, that says to me that they welcome change.

• Another question I ask is, “Tell me about your successes and how you accomplished them” I listen for works like “we and “us.” If I hear a lot of “I’s,” that tells me a lot about their ability to collaborate.

Coaching Questions for You:

Who in your organization exemplifies the best of your company’s culture and values?

What specific behaviors, besides specific job skills and knowledge, do they show in their job?

What questions could you ask of candidates that would allow you to determine if they have displayed similar behaviors in past situations?

How could you test your final candidates with a trial project (for pay) that would allow you to see their skills and approaches in action and allow them to get a feel for your company before extending a job offer?

PrevPreviousYour (Best) Banker | A Key Driver to Keep Your Business On Track [Part 3 of 3]
NextCertified Fraud Examiner: External and Internal Fraud, Detection and Prevention and Work Place Culture [part 1 of 3]Next